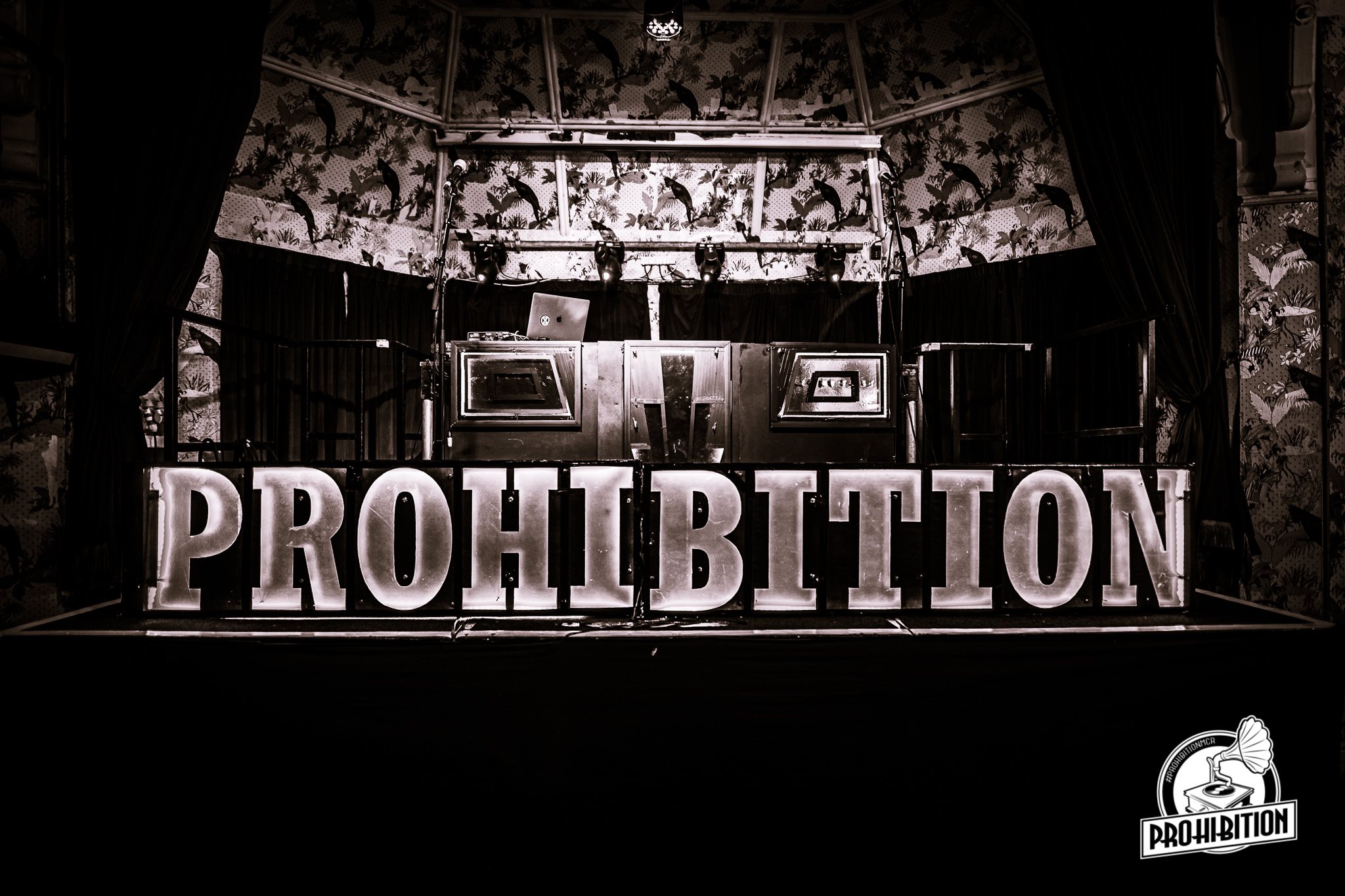 2020 marks 100 years since the Swing and Jazz era was born, so Prohibition are pulling out all the stops to mark the occasion!

Join us for one wild night of futuristic vintage inspired raving.. where the 1920s collide with the 2020s!

When the flapper girls and dapper gents imagined what parties would be like 100 years later, we reckon they’d have looked like what we have planned for you!!

Imagine the delightful sounds of a 1920s Speakeasy combined with a big injection of bass and you’re half way there!

Did we mention it’s our 7th Birthday?

As it’s our Birthday we’re going all out to bring you the very best party experience!!

We recently conducted a feedback survey.. one of the questions was ..

Out of all the DJs we’ve had play at Prohibition, who would you like to see again..

Well there was a clear winner!!!

The winner is headlining our 7th Birthday, as to their name, we can’t tell you who it is yet BUT we can say this…

the headline act will gauruntee a sell out!! (and that’s not promo speil!!! So don’t leave it to the last minute to get your tickets, we’d hate for you to miss out!!!

Mista Trick (Swing & Bass Set)
Head Honcho at Under The Hill Fest Mista Trick is a true pioneer of the Swing & Bass sound!!
Mixing vintage, vaudeville vibes with distinctly down and dirty drum n bass, Mista Trick sounds like the love-child of a wartime knees-up and a 90s rave. He’s fresh, he’s fun & he’s all about the boogie. Bring your flat caps and suspenders and throw some swinging shapes! This is going to GO OFF!!

Emma Clair
Prohibition head honcho Emma Clair is fast making a name for herself as one of the UK’s leading Electro Swing DJs. She puts her own unique spin on the genre, so expect to hear a fusion of Electro Swing, Funk/Disco/Latin & Swing influenced house beats plus a hefty serving of bass!

Captain Smash
New chap on the block, Captain Smash quite frankly smashed his debut set at our Neon Rave earlier this year, so we had to ask him back! His energy and enthusiasm is infectious! Expect to hear all your favourite Electro Swing bangers from Jamie Berry to Parov Stelar, the Captain has them all!

Mischief Mafia Live on Stage!!
We’re looking forward to welcoming the Mischief Mafia back to Prohibition! These girls know how to get the crowd going with their magical L.E.D Hoop performances! Bring it on we say!!

Dress Code – We don’t enforce a dress code at Prohibition but we do actively encourage you to embrace the 1920s theme! You could go all out in a full blown outfit or just give a nod to the era with a flat cap or braces.. it’s up to you! GET CREATIVE!!