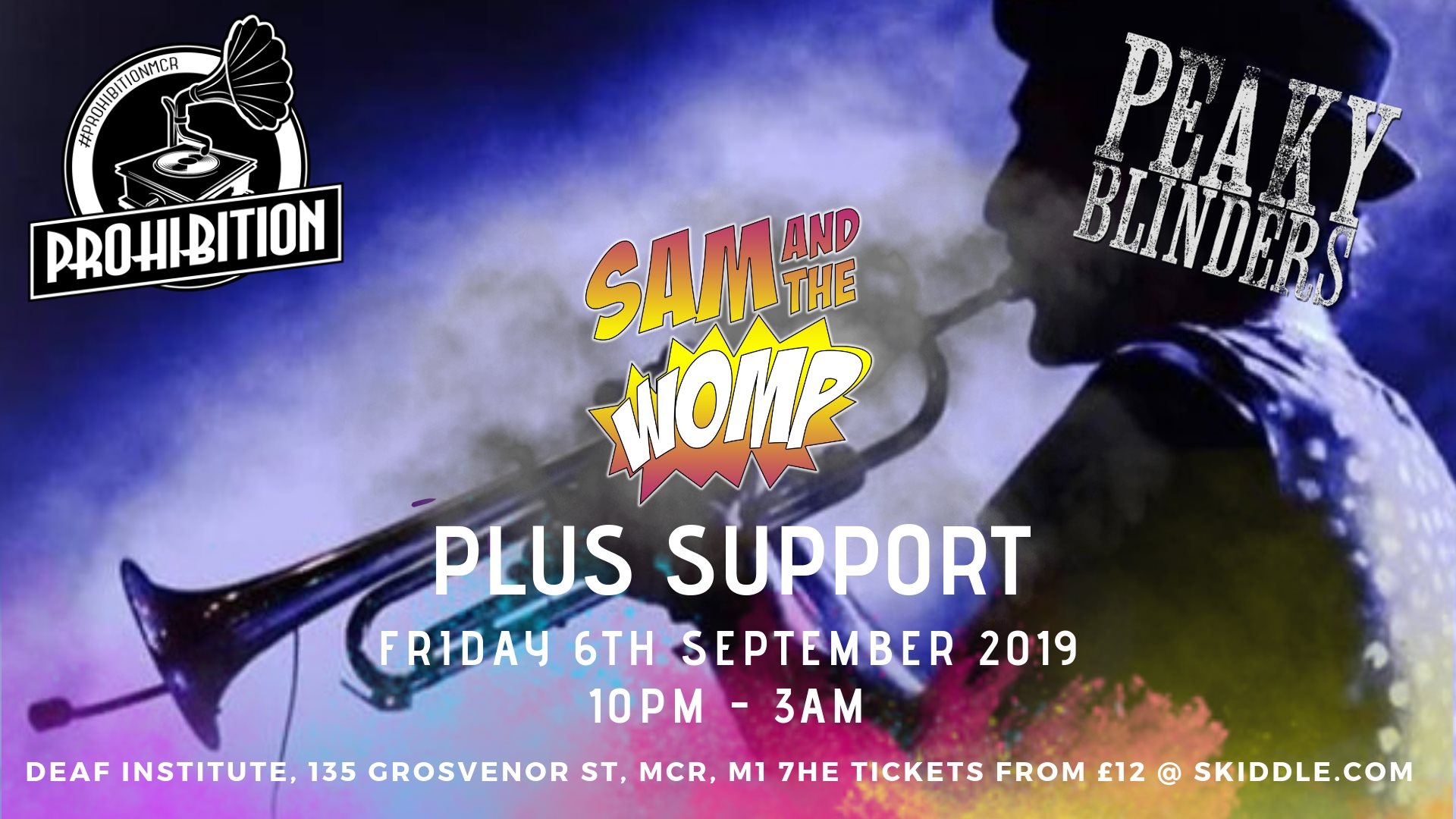 This isn’t just any old club night, it’s an experience!

Expect a full on audio (and visual) spectacular with all the fun of a festival – minus the mud! We’ve got dancers, a compere. confetti cannons, vintage visuals, prohibition décor and glitter!

Come as you are or dress to impress in your 1920s finery or Peaky Blinders best!

Since they’ve gone on to perform all around the world and release lots more super catchy music including super “Fireflies” and “Ice Cream Man” !

Are you ready to WOMP??!

Varrick Frost (Electro Swing Hamburg)
Varrick Frost is one of the hottest talents in the European Electro Swing scene. He has an impressive CV, having collaborated with and performed alongside some of the scenes best loved acts, including Caravan Palace, Wolfgang Lohr, Postmodern Jukebox, Bart&Baker and Jamie Berry! We’re a big fan of his tracks and can’t wait to see him shake his tail feather at Prohibition!

PLUS
Vintage visuals and dancers.

Free pre party in the bar from 10pm with Nanook playing everything from Swing Hop to vintage inspired festival big beats!